Conquering Mountains to raise over $26,000 for Australian Charity to help disadvantaged children

Dr Atul Mehta, along with an eclectic bunch of middle-aged men from Sydney recently climbed Mt. Kilimanjaro, the highest peak in Africa, rising 5,895m from sea level which is also the tallest free-standing mountain in the world. The team began the climb on 22 August 2013, with summit day arriving 6 days later on 28 August.
The team decided to raise funds towards an Australian Charity called ‘Good Beginnings Australia’ which has a vision to provide a good beginning for every disadvantaged child in Australia, no matter what their circumstances. The team raised over $26,000 which will go towards making a tremendous difference in disadvantaged Australian families.
There’s a lovely saying that goes something like this: “Every mountain top can be reached if you just keep climbing.” We all can achieve anything we want. If we are strong and determined, then we can conquer mountains too.

The annual Mehta Orthodontics Ice Skating Party was held on Sunday 30th August 2015. More than 300 patients attended, along with their friends and families.

The Skating Party’s annual focus is to raise funds for children’s charities and foundations each year. This year the charity of choice was ‘Variety, The Children’s Charity’ and over $1000 was raised by the patients and friends of Mehta Orthodontics in 3 hours. This money will go towards helping Australian children who are sick, disadvantaged or have special needs.

The staff of the Sydney Ice Arena are thrilled each year to join with Dr Mehta and the Mehta Orthodontic team on the themes, fun and games whilst fund raising during the skating sessions. 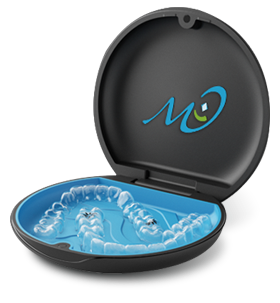 Tell us where to send your MO Clear Aligner Guide